Borders, Transitions and Hybrids
I learned the term hybrid in seventh grade and I've been fascinated with the idea ever since. Around the same age I also learned about grafting. I found that my grandfather had grafted a peach branch onto a plum tree in his back yard. I could hardly believe what I was seeing. Peaches were growing from the plum tree! (There's even a website called Fruit Salad Trees!)

Sometimes integration happens organically without much commotion. But, probably more often, there is drama that plays out.

The most interesting stories happen at the borders, and not just country borders - at all borders and intersections. When the unexpected explorer / migrant / guest / or invader shows up and you don't know if that's going to be good or very bad. And stories of adoption. Stories of love across lines of segregation. Or stories of invaders of land and people. Stories of mixed by force and stories of mixed by choice.

Blogging and curation allows me to capture my thoughts and opinions, collect and organize related content and share what's important to me with my family, friends and communities.

I look forward to hearing your stories and insights as we learn together and build some more perfect unions. 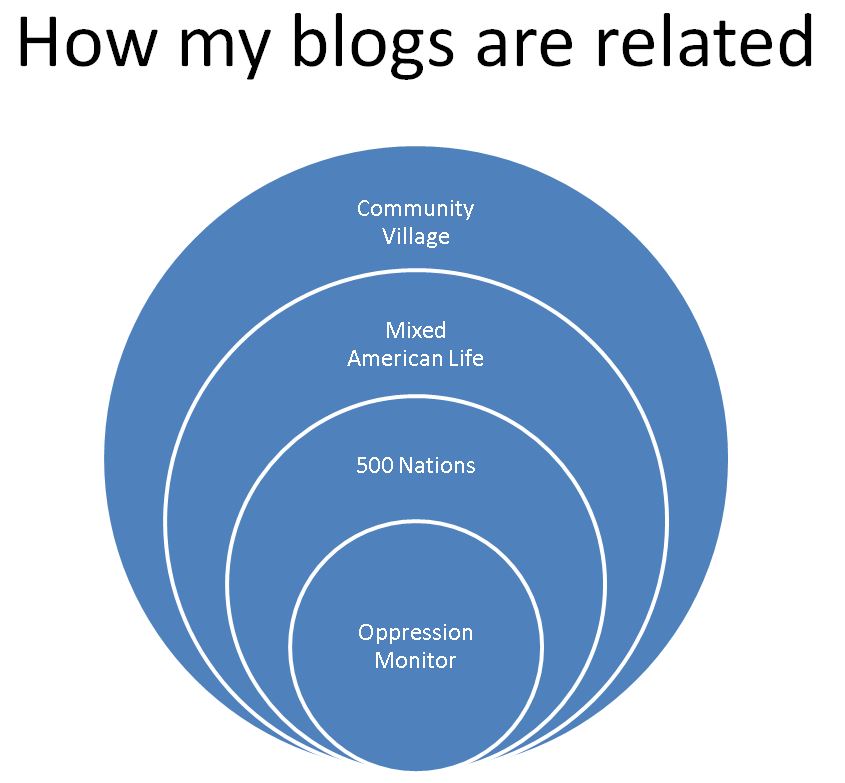